If you’re going to Costa Rica one phrase that you will absolutely hear being thrown around a lot is Pura Vida. This word is literally their way of life so it’s best that you familiarize yourself with it before you go.

The thing is you want to do more than just know the phrase and how to use it in conversation. To truly know the word is to know how to experience it.

In this article, we’re going to go over the meaning and origin of Costa Rica’s Pura Vida and how you can start to live by what it teaches.

1. The Meaning of Pura Vida

The term Pura Vida can work in any situation really. It translates into English as  “pure life” but this isn’t the only way you can take it. It can also translate as “nothing but life” which is a closer translation as it is a way of life.

It’s basically as close to “Hakuna Matata” as you can get. To live by Pura Vida is to live your life carefree and enjoy its pleasures rather than stressing the little things.

2. Where Did the Phrase Come From

The biggest working theory is that the phrase came from the movie “Pura Vida” which came out in 1956. The main protagonist sprinkles the phrase in throughout the entire movie to describe people, actions, and things.

There is also speculation that it came from the fact that during the 1970s, Costa Rica was bringing in many refugees from the war. These refugees told stories of war and destruction so Pura Vida was used as sort of an uplifting phrase for them.

3. When You Should Use it

You can use the phrase for just about anything. We’re going to go over a few of the most common ones.

The locals are fairly friendly so while you’re walking down the street it’s not uncommon for you to be greeted. You can greet back with Pura Vida. You can also say goodbye using it. Note that you don’t have to wait for someone to greet you to use it, you can throw it out there to start a conversation.

To Brush Off Negativity

Bad things are going to happen. Not everything is sunshine and roses. Rather than getting upset or angry, you can brush off this negativity by saying, Pura Vida.

In this context, you would be saying “oh well’ or ‘too bad”.

Someone Has Asked You How You’re Doing

Rather you go into shops and restaurants or someone tries to start up a conversation on the street, when they  ask you how you’re doing you can throw out a Pura Vida which would mean “I’m doing well thank you.”

Sometimes our schedule doesn’t always work out the way we want, or we end up waking up late. If you’re late to say an appointment or meeting a friend for lunch you can throw out the phrase. If you choose to use it you would be saying “I’m sorry!” or “it’s all good.”

We don’t recommend using this laid-back phrase if you’re late for a work meeting. That might land you in a little bit of trouble.

To Say I Don’t Care

Not everyone is going to like you so if someone told you that they hate you or throw out a hate slur you can use the phrase to let them know that you are unaffected by it.

If someone is explaining something, or talking to you about something you have no interest in, you can use the phrase in the same way.

As we said above, Pura Vida is a way of life. It’s an attitude that you bring to your daily life so, in a sense, it is the spirit of the people. You can see it on hats and other merchandise all over the place sure, but the best place to truly experience it is on the beach.

Time there seems to move a lot slower and everything is a lot more relaxed. Rather than worrying about daily stressors, everyone is enjoying warm weather and beautiful sights.

There are actually health benefits associated with embracing Pura Vida. For one, when you’re less stressed you tend to live longer. There are also many social benefits.

When you’re less stressed, you’re less high strung and so it’s easier for you to make friends. It’s less likely that you will fight with your partner because you will spend more time enjoying each other rather than being stressed about everything.

Pura Vida is all about enjoying yourself and Costa Rica has enough activities to allow you to do that. Not only will you be able to visit the beaches but also coffee farms and you’ll have many beautiful landscapes to take in. The weather is always perfect enough for you to lay back and relax in a hammock.

You can enjoy all the pleasures for way less than you could most anywhere else. If you’re considering moving to Costa Rica, you can also live cheaper there than a lot of other places.

When you don’t have to worry as much about money, you get to be truly free.

It’s More than Just a Simple Phrase, Costa Rica’s Pura Vida is a Way of Life

Costa Rica’s Pura Vida is more than a phrase, it’s the way that the citizens expect to and do live. If you’re visiting, there is no better way that you can experience this way of life than at the beach.

There are even several health benefits that go along with it. Go to Costa Rica and live your best life.

Are you ready to let off some stress in Costa Rica? We welcome any and all potential customer inquiries. Contact us to find out anything you need to know.

Non-stop for all guest 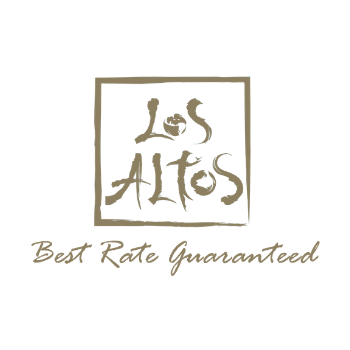